Customs is a location in Escape from Tarkov. It is the second location that was added to the game.

A large area of industrial park land situated adjacent to the factory. This area houses a customs terminal, fuel storage facilities, offices, and dorms as well as a variety of other infrastructure buildings.

The Dorms are two buildings located in the northernmost area of the map. The western building is three stories tall while the eastern building is two stories tall. Each structure boasts a front entrance and a fire escape at each end with doorways leading to each floor (some of which are blocked or permanently locked).These dorms are the location of many Quests and unlockable rooms.

Construction is a two story concrete frame of a building. This structure had a wide view of the river crossing and bridge.

New Gas Station is a building at the eastern side of the map, near the main road. Has two unlockable rooms in it, and a view on the shortcut.

Military Checkpoint is at the end of the road past the Gas Station. This point has many Scavs and is the only location with easy access through the wall to the extraction zones. 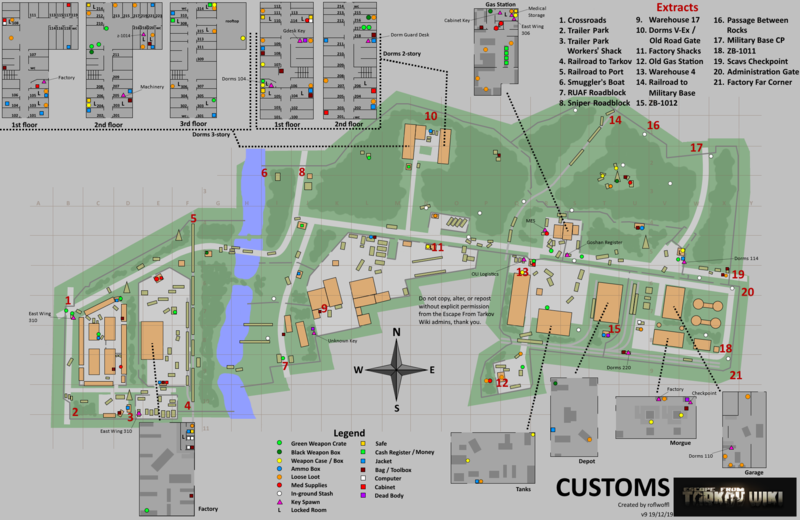 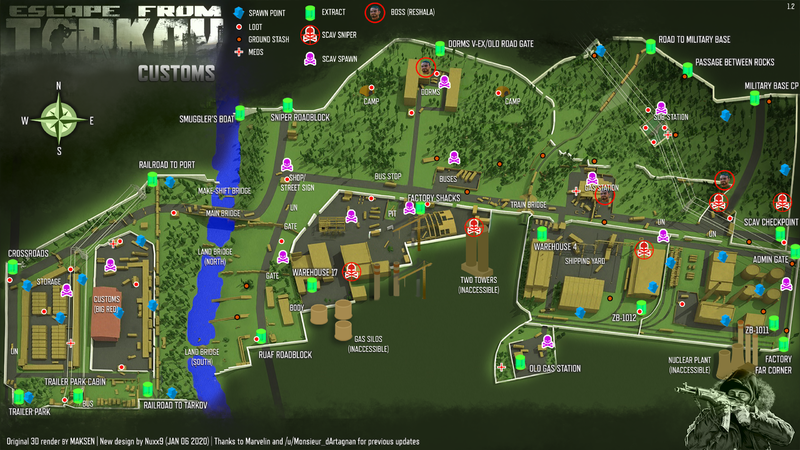 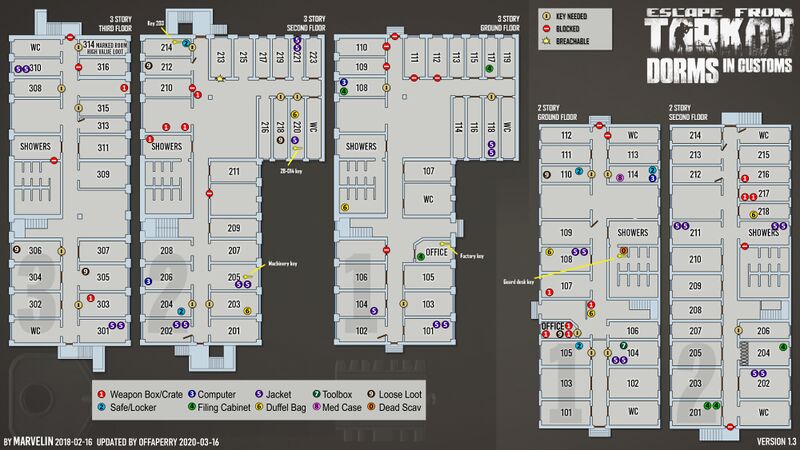 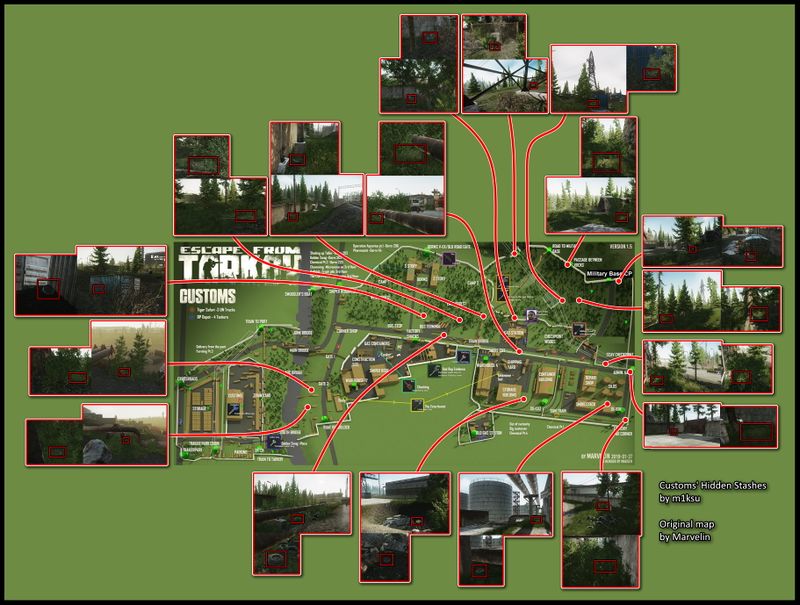