Glukhar is a Boss in Escape from Tarkov.

Glukhar and his followers have different health values to PMCs and Scavs.

Instead of the typical x4 single slot pockets, Glukhar has 5 double slot, bringing their total space to 10 slots.

Glukhar can be found on the map Reserve.

Glukhar will spawn at the beginning of the raid at the train yard, black bishop and black pawn buildings near the heli-pad, in the bunker basement, and near or inside the black knight building.

Glukhar and his many guards are extremely hostile. It's very unlikely to find success while fighting in any open areas. Small hallways and closed rooms are preferable.

As for Glukhar, because of his high chest health he can withstand high damage bullets that would otherwise instantly kill other enemies. The only effective means of killing Glukhar quickly are head shots. Glukhar's ASh-12 12.7x55 assault rifle will kill most targets almost instantly.

Glukhar and his guards are very accurate. If his location is known, stay away from windows and his direct line of sight as it is very difficult to win in a long-ranged battle with him.

Glukhar will not seek out player Scavs, however will engage even non-hostile player Scavs which come close to him.

Glukhar always has 6 followers with a wide assortment of weapons and gear.

The Guards have a wide variety of weapons, usually Assault rifles that are usually loaded with tracer ammunition, primary or back up Shotguns, an occasional Designated marksman rifle, and primary or backup Submachine guns. They typically have high-grade Armor vests, and tier 3-6 helmets that sometimes have visors.

Glukhar's followers will not engage non-hostile player Scavs, unless they provoke Glukhar by coming close to him.

All the guards' names are one-word nicknames, similar to Scav Raiders.

The best way to kill Glukhar quickly is to get in close and make him your first target. He can be distinguished by his black T-shirt with grey pants and, at most, a light plate carrier, compared to his Guards who wear assorted types of camouflaged clothing and heavy armor. Upon seeing the player, the guards will attempt to either circle Glukhar to protect him or overwhelm the player(s) with force.

The Guards often push the player(s) in pairs or try to perform flanking maneuvers, however, they typically try to stay in a close radius of each other to provide support. Additionally, one-two guards stay back with the Boss, unless the Boss has already been killed, in which case they will seek out nearby players. Due to their ability to push players hard and fast while having a base of accurate covering fire, it is recommended to engage the Guards as close as possible.

The Guards are also capable of using grenades and flashbangs, so groups of players will need to beware of their spacing when engaging the Guards.

Note that the primary weapons can have numerous mod variations and those shown below are examples.
Glukhar may also fill up all 3 weapon slots at the same time.
It is possible for Glukhar to spawn without armor.

Glukhar's Followers appear to be able to use the mounted weaponry, which will make them a serious threat to any level of armor. Note that the primary weapons and helmets can have numerous mod variations and those shown below are examples. 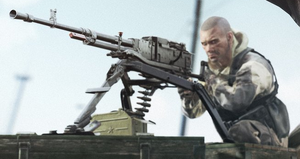 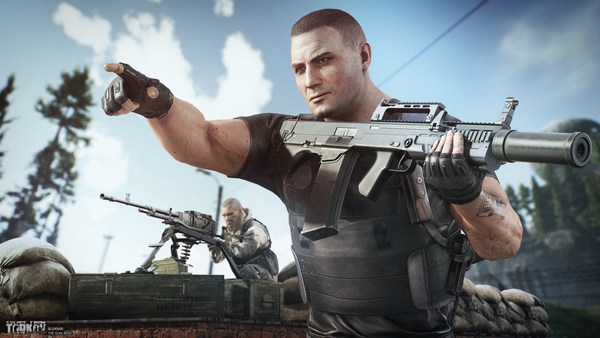