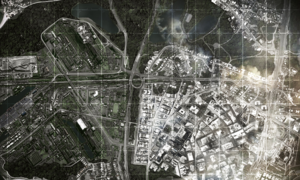 The events of Escape from Tarkov take place in the fictional Norvinsk region Special Economic Zone that became a gateway between Russia and Europe. Preferential conditions for large international companies, however, have not only attracted law-abiding businesses, but corporations of dubious intent as well. In Tarkov, one of the largest cities of the region, a transatlantic corporation became the ground zero of a political scandal. Six months later, the political standoff escalated into an armed conflict involving UN peacekeepers, Internal Troops of Ministry of Internal Affairs, and two private military companies. The region's borders were sealed off, and those trapped in the middle of flaring up local warfare were isolated from the outside world.