Sanitar is a Boss in Escape from Tarkov.

Sanitar and his followers have different health values to PMCs and Scavs.

Instead of the typical x4 single slot pockets, he has 5 double slot bringing their total space to 10 slots.

Sanitar can be found on the map Shoreline. Mostly resort, the port/pier area, and the cottages. 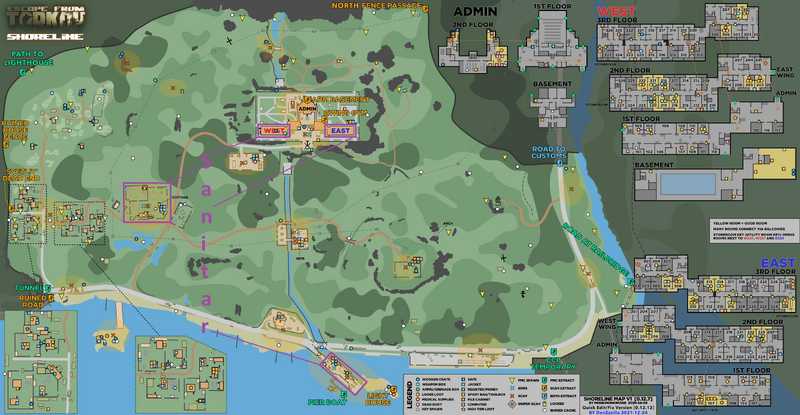 When engaged in combat, he will fight alongside his fellow scavs and guards, but may often break away to heal or inject himself. He has plenty of meds, so a prolonged engagement is possible.

Following Sanitar are two well-armed and armored guards. Their gear varies but often have class 5-rated armor and helmets, and carry plenty of grenades. Sanitar may also choose to surround himself with other scavs, who will linger near him and fight for him if needed.

When contact is made with Sanitar and his guards, the player should attempt to kill them without giving them the chance to break-off and heal. As all the guards are heavily armored, have several means of healing themselves, can carry several injectors, damage made by the players may be negated quickly by the guards. As with other Scav Bosses, they carry several grenades and do not shy away from using them, so exercise caution when playing with a group.

While the standard scavs that surround Sanitar are not as dangerous as his guards, they may still pose a threat, sneaking up on players and hitting them in vulnerable locations or distracting the players while Sanitar or his guards flank you. Care should be taken to avoid rushing into a large group of scavs in addition to Sanitar and his men.

If Sanitar spawns in the cottages, they are likely to spawn in the yards and use the bushes as concealment, but will still be able to detect and shoot players through the bushes. As such, players should attempt to close distance as much as possible before getting drawn into an engagement. A frequently observed area of appearance is generally behind the locked cottage, which has the ambulance in the backyard.

In resort, Sanitar usually spawns on the ground floor of either the west or the east wing. Watch out for them camping the hole in the wall entrance of the west wing. When engaged, Sanitar and the guards may choose to rush the player outside, but this happens mainly when you attack him through the two front entrances. The guards were also observed healing outside behind the ground floor of each wing. This seems to happen, when they run away from fights. They may also hide in the open rooms of the ground floor making themselves easy headshot targets from the outside, since they generally cannot shoot back. They can be easily spotted if they have a flashlight on the gun, since they generally turn it on while they are inside the resort. Groups of scavs were also observed patrolling Sanitar's general location. They can be particularly dangerous when the player is spotted, since they tend to do a group rush with slide shooting similar to Shturman's guards. 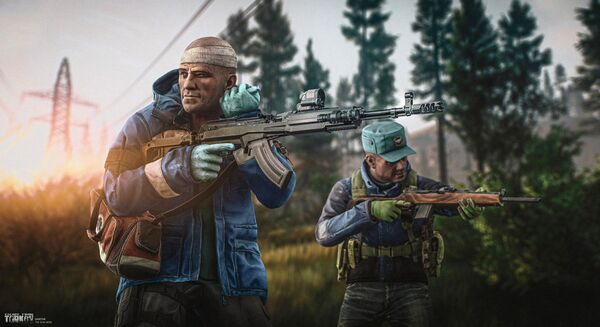